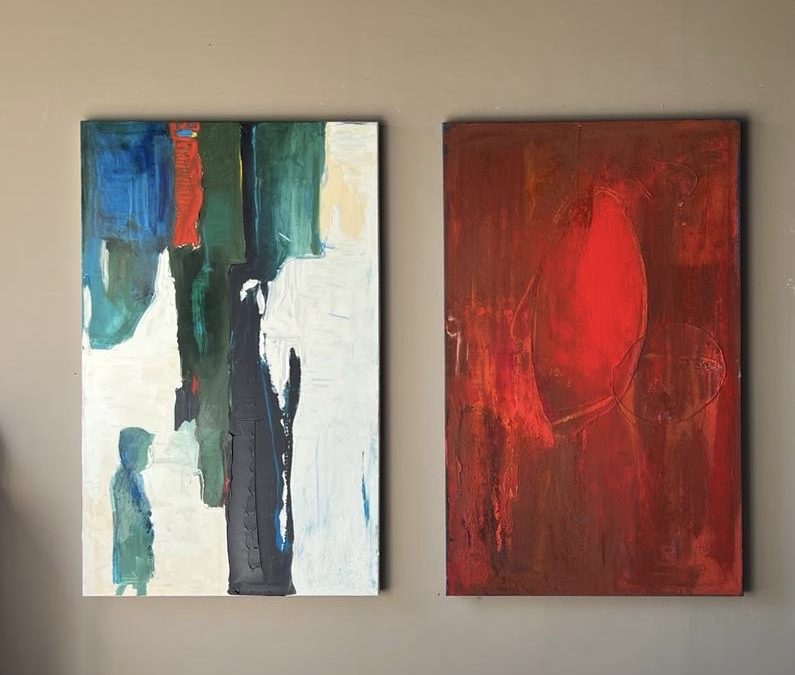 A pair or not

Some new paintings, a pair or not, I like to see them together, as always, I see a story in it. Maybe the paintings belong to each other, one can not do without the other, the conversation, the confrontation. Green as the opposite of red, a trick of the brain what lets you move forward mentally or physically. But also the color of money, prosperity, harmony and safety, where as the red comes in with lots of passion, energy and creativity, with a slight tendency of danger or restriction.

Possibility to put a layer of epoxy/raisin over it, to make the colors more bright and gives the painting more depth and a shiny effect.

Mixed materials, can’t even remember what I put on!.. ‘secret of the artist’.

Sizes 160x100cm. Price on request. I ship worldwide even to boats if you wish. 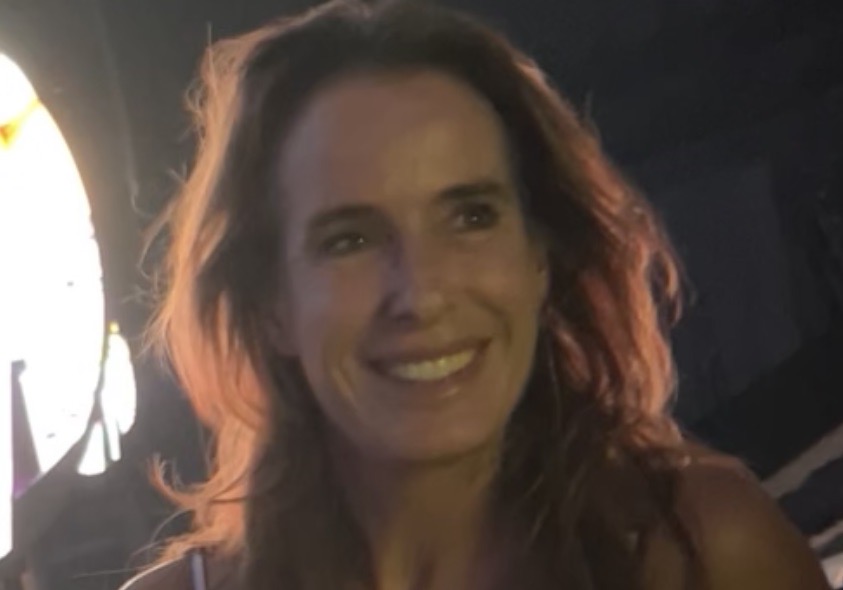 I had the absolute privilege to go to the epic Concert of Coldplay this weekend in London.
This man earns all my respect with his immense positive energy he gives to the public, his humbleness in asking awareness of sustainability but also for the problems in the world.
Not too difficult but a powerful and easy to understand message.

He smartly educates the people to get rid of our devices just for one song, the device which we outsource everything to and which in my point of view makes us miss out on actual life changing moments now and then.#lookup.

He said: ‘if we could just have one song with no cell phones, no cameras, no devices, nothing, just the power of people, people power.
All 90.000 fans were wearing the compostable wristbands which you were asked to give back when leaving. In collaboration with my favourite The Ocean Cleanup ( proud of some dutch blood there) Coldplay helps to take another significant step in tackling the world’s 1000 most polluting rivers.
“Without action, there could be more plastic than fish in the oceans by 2050, which is why The Ocean Cleanup’s work is so vital.

According to AP News, Coldplay has pledged to be as sustainable and low-carbon as possible, hoping to cut their CO2 emissions by 50 percent. Part of this initiative includes the setup of energy-storing stationary bikes for concertgoers to pedal as the band plays.
While the energy generated obviously is far from enough to power an entire stadium, the band says that it’s less about the exact number of watts produced and more about raising awareness. Their latest partner is BMW Group together they created the world’s first tourable, rechargeable show battery – which will allow them to power their concerts almost entirely from clean, renewable energy.

In case you were concerned that adding a few bikes and calling it “green” was all the band was doing, the news also notes that Coldplay is using biodegradable confetti, compostable wristbands for his fans, sustainably-sourced merch, solar panels, and a generator powered by vegetable oil. Of course, there are still plenty of people who criticize and hope those will go to the concert and get some positive people power.

Watching this concert I can not stop smiling and feels like I am in love, Really loved to see some positive approach towards world problems, and wish some governments would take some sweet example from this.
#coldplay #sustainability #concert #bmw #oceancleanup #awareness #peoplepower 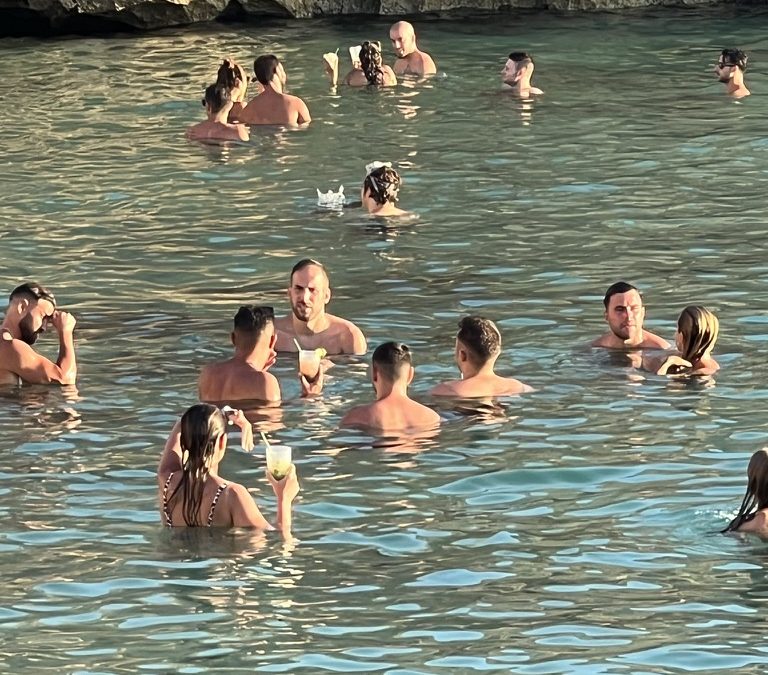 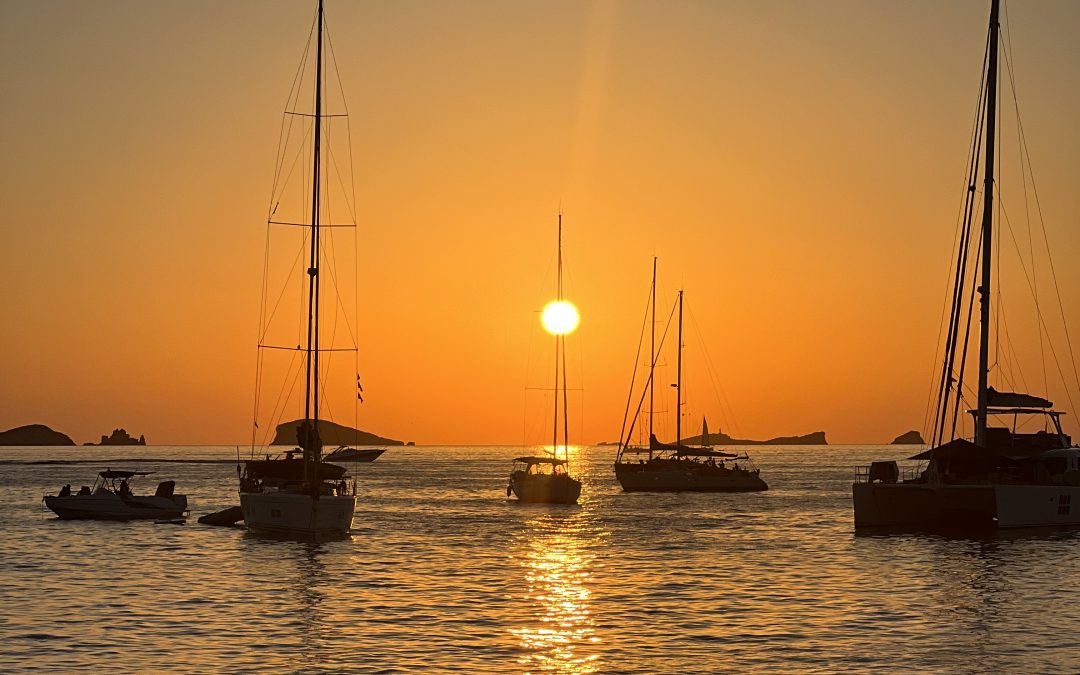 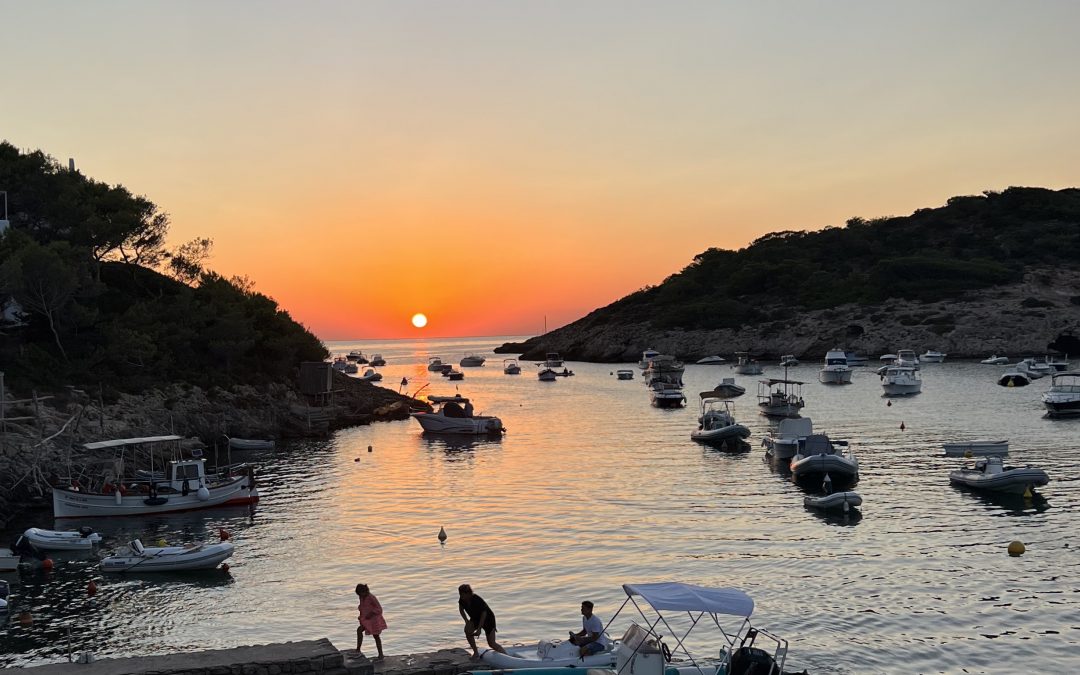 In all the insanity in the world we still have this one sure thing that happens everyday again and again.
It never bores me, the colors, the pace, the beauty. Just stand still and take the time to see it disappear to slowly wake up the other side of the world. See you tomorrow.♡